My partner has uploaded her pictures on Ravelry, so I can now upload mine here!
The requirements for the swap:
- Cost: $25-$30 (postage not included)
- At least one skein of yarn
- something handmade
- other goodies

There was a questionnaire with quite a few questions, to be filled out by each participant, to help you get to know your partner and what they may like.  My partner is a vegetarian goth, so she was rather fun to shop for!

Patterns:
I found some really neat crochet skull patterns, so I chose two.  I'd like to crochet both of these for myself at some point, however since I don't really know how to crochet, it'll be a while.  The Sugar Skull Shrug is a cute one, with a sugar skull in the center of the back.  The Glamour Skull Slippers are incredibly clever, and had this been a knit project, I'd have knit them at least three times by now.

Yarns: My partner can only use non-animal fiber, so I found her some lovely Caron Simply soft.  It's hard to see in the photo, but the first skein is actually a lovely rich purple. 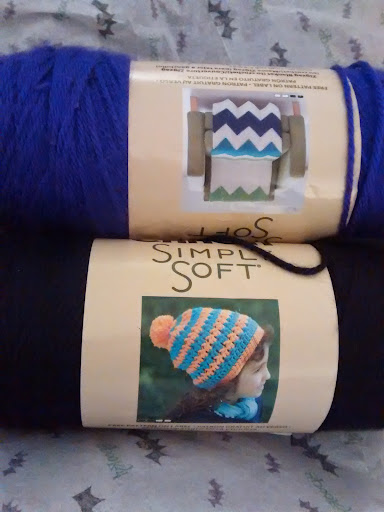 Handmade stuff:
Starting with the wearable stuff, I knit the Antique Alice In Wonderland Cuffs.  I've knit these for myself when I was given the pattern and materials in a past swap. I designed a collar to go with them, one I'll hopefully have the pattern written up soon! Both are knit with Caron Simply Soft in Limelight and Bernat Satin in black.


I noticed my partner had a few of aKNITomy's dissected knit animals on her list, and I had the bat, so I decided to knit her Fred.  Fred is a poor worm who met his fate in a science lab. And I knit her the green and black bat, possibly for her kitty to play with! 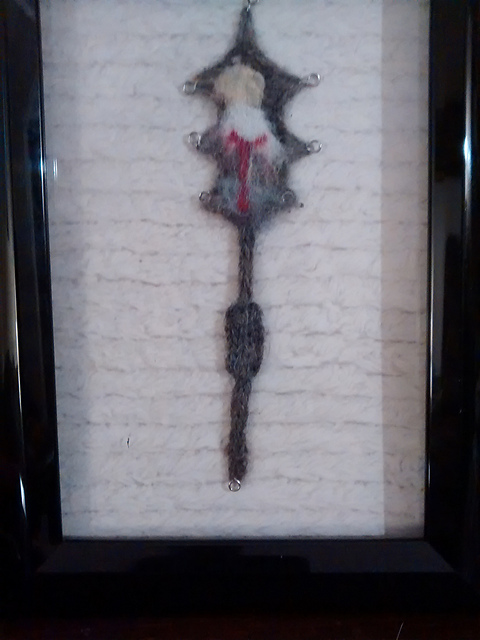 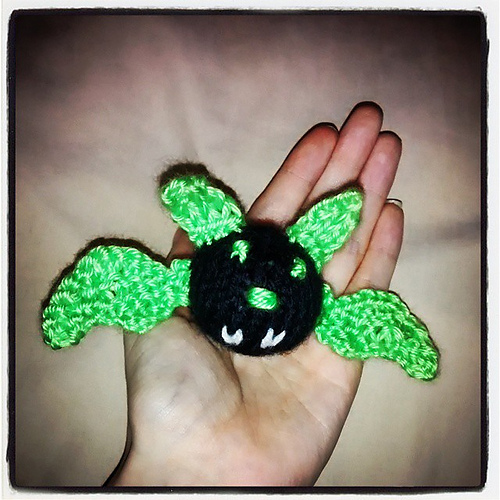 I also loomed a few little guys, one being the Happy Pumpkin from FeelinSpiffy on Youtube (CraftingFantastic on Instagram), the other being a Sheep charm from DIY Mommy, that I used Zombie colours for. The eyes on both glow in the dark!

Other Goodies:
I found a few other goodies she would like - the tumbler matches the knits.  I found an adorable grow your own zombie, and a perler skull kit.  Skeleton nail decals, day of the dead face tattoos, and skull socks (sorry for the terrible pictures, I didn't realize I didn't get clear ones until after I'd sent it off!).


Of course, I had to package it all spooky like, so I got out the Hallmark Bat paper and some green spiderwebs (to match the knits, of course), and decked it out. 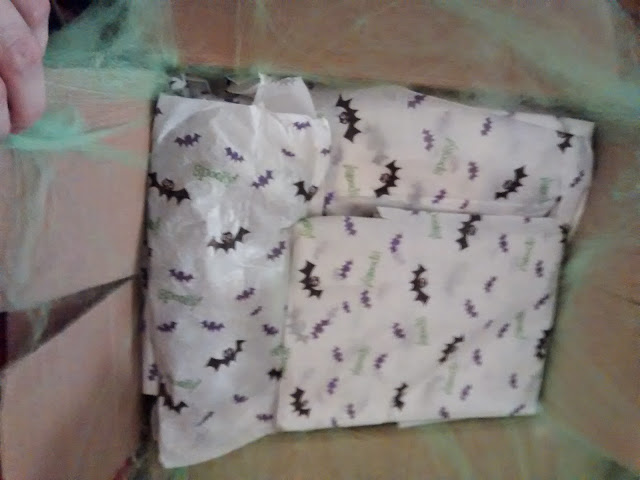 When I receive my package, I'll post it here too!
Posted by Faela Star at 4:53 PM