Last night (early this morning, after my last post), I curled up to knit with something scary.
I pulled out my sweater, and started to knit as I flicked through Netflix.  As I was scrolling, I felt more inclined to start my Christmas knitting.

I spent some time looking up patterns and finally set on Oliver - I bought the pattern and yarn last year, but never ended up knitting it.  I happened to use some of the yarn in a different project, so hopefully I'll still have enough!

Instead of finding something scary, I ended up putting on Scooby Doo Zombie Island and cast on.  I managed to finish the base, torso, and one of the legs.  I'm not crazy about the increases for the feet, but I think he'll look quite cute when he's finished! 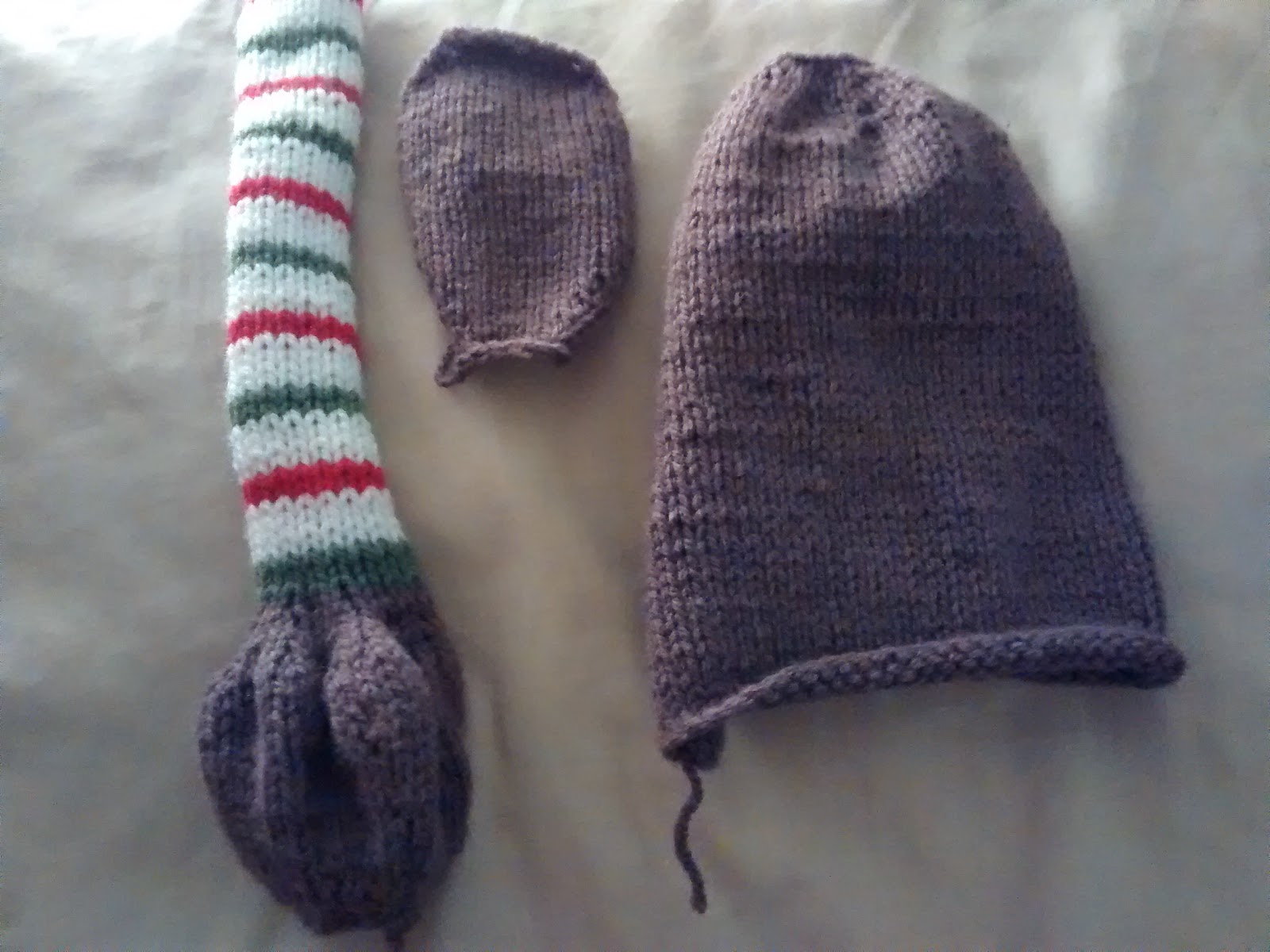 It looks bumpy and unflattering in the picture, but in person it's not so bad, it'll look great once it's stuffed and filled.  While I knit, I had some sleepy kitties to keep me company.  Demon slept on the chair next to the couch, and Phoenix slept beside me on the couch - unusual for him, and a pleasant change.

It's officially N's birthday, and he came by a few hours ago - surprise!
I was still baking the cake, so it wasn't a surprise, but it'll be finished in the morning - I'll post after it's all it's all iced.  I found something to make him last night, and I'll post about it - with his present - tomorrow.
Posted by Faela Star at 12:09 AM