The beginning of December I joined the Project A Month Knit-Along group on Ravelry.
The first pattern from the donation group for me was Cranberry Autumn.  I named mine Blueberry Frappe in Autumn, because I had originally planned on using a cranberry coloured yarn, however despite the gauge being correct, using a lighter weight yarn didn't look quite as nice; instead I used a skein of Naturally Caron Spa I received from Katie in our last package swap. 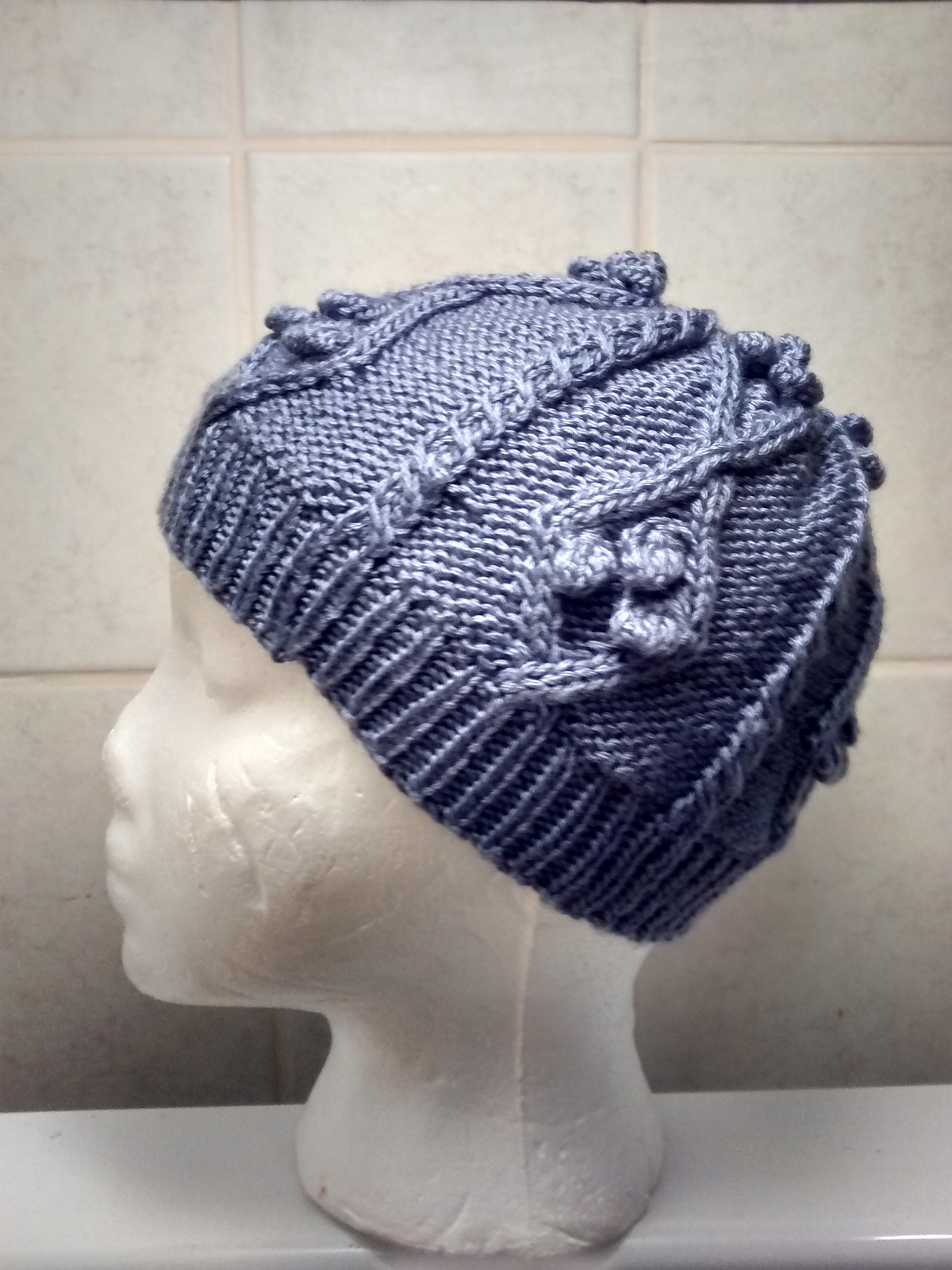 The yarn has since been discontinued, so I didn't do the second repeat that would make it a slouchy hat, instead kept it fitted and I now have enough yarn left to either make a pair of mittens or a small cowl to match (I hope).

The pattern was very well written, easy to read and memorize - I'll definitely be knitting this one again, at least once in a cranberry colour and keeping the extra repeat, and likely one for my mum if she sees this one on me.  I chose the teen size, as when I first knit this (up to the end of the first repeat before the crown pattern) the small adult was surprisingly large on me - it could have been the yarn I was using, as it had a fair bit of drape to it, but I feel like I may knit all of the ones for myself in teen.

I may use the same pattern detail to make my own mittens rather than looking up a previously existing pattern, but it's unlikely I'll be making them before the end of December.  I have another KAL I'm working on, that I will tell you all about tomorrow, and January starts a new project a month kal, so my needles will be busy!
Posted by Faela Star at 8:10 PM