It's that time again!

Officially Autumn, the air is crisp and cool and we find ourselves amongst pumpkin season!

I've been a bad blogger lately and haven't posted any of the knitting I've been working on.  I've been sick a fair bit since the last post, and haven't done all too much.  That being said, the High Tops and Icarus are finished, the Surry Hills has been frogged, and Melia hasn't been touched.  I somehow either blocked too aggressively or just have a weird shape, but Icarus doesn't sit well on me - I did use acrylic yarn, that may have something to do with it.  I still don't have any new pictures for any of the previous projects, so there isn't much to show.

With the vampire swap in progress, I am knitting a few small things for that, but they won't be revealed until my partner has received their package. I designed my own pattern for one of the items, and I hope to have the pattern written and available for October, so that may be a spoiler a bit in advance, I'm not sure.

What I *can* show you (I've been working on N's birthday present, and I'm not thrilled with it currently) is miniscule, but hopefully enough to keep you sated!
First up:  Neon Ski Bonnet 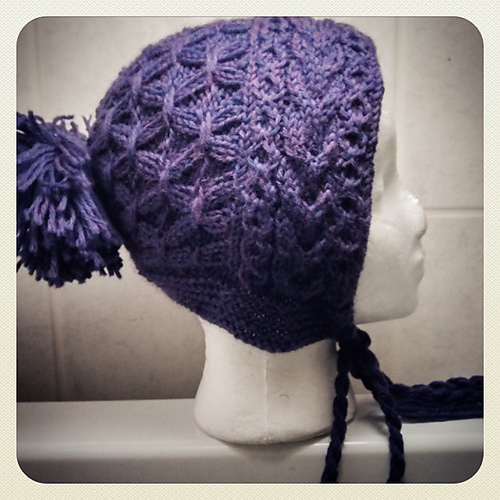 This was for the Reddit KAL for October - yes, I'm already done and it's not even the first yet.  We were given the go ahead to cast on as of September 22.  I think I'll likely make another as a gift before the end of next month - because, why not? 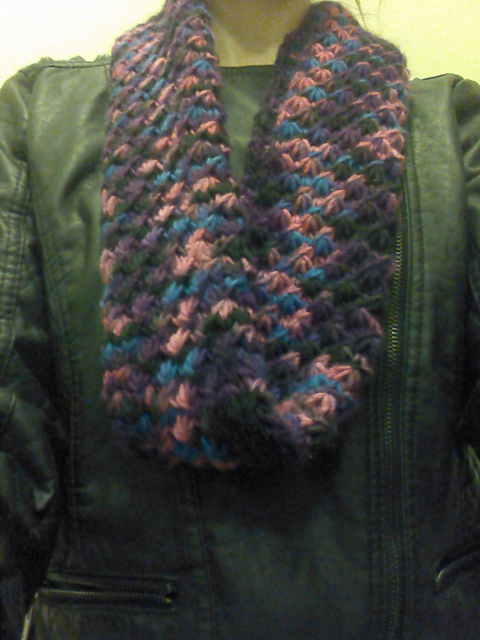 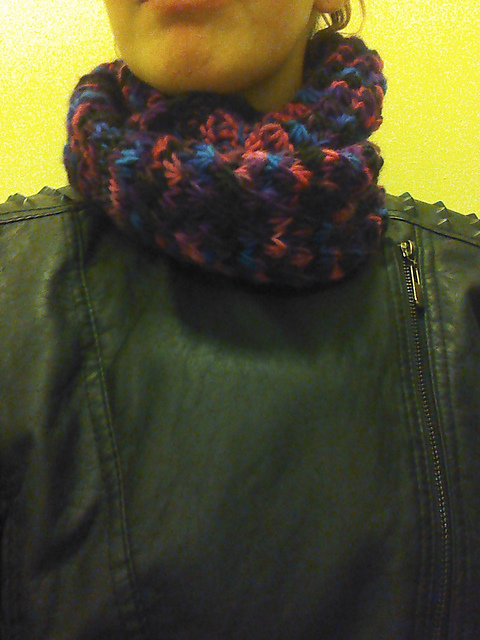 Soak  was having an Instagram challenge for knitters in the month of September (October is for Quilters, if you're interested! Sadly I don't know how to quilt, or even where to start), and one of the days was Cowl.  I didn't have any I'd recently knit (I'd gifted all the ones I'd knit in the past), so I knit up my own.  A very basic design, I used the star stitch and that's pretty much it!  It's knit in Malabrigo Worsted which is super warm and soft. 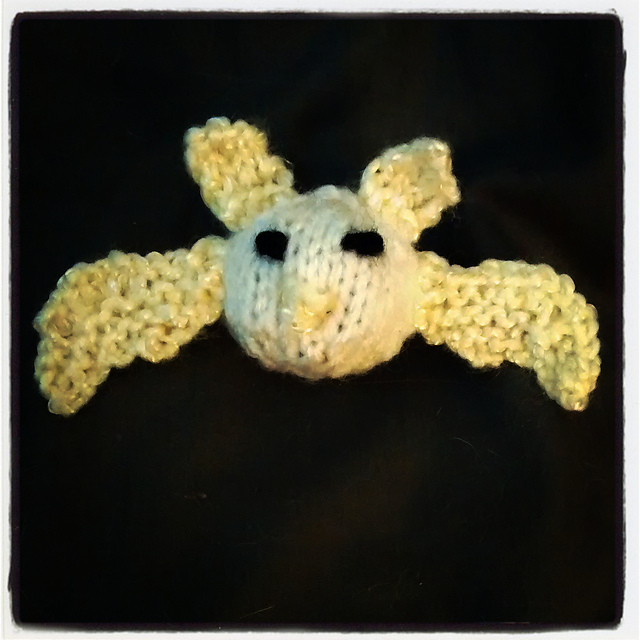 I love this pattern, it's quicj and easy and absolutely adorable.  The designer suggests running a ribbon through it, to hang as a decoration.
This little bat is full of catnip for the brat cats.  Phoenix didn't seem to care too much - it seems he still doesn't know how to play... Demon on the other hand: 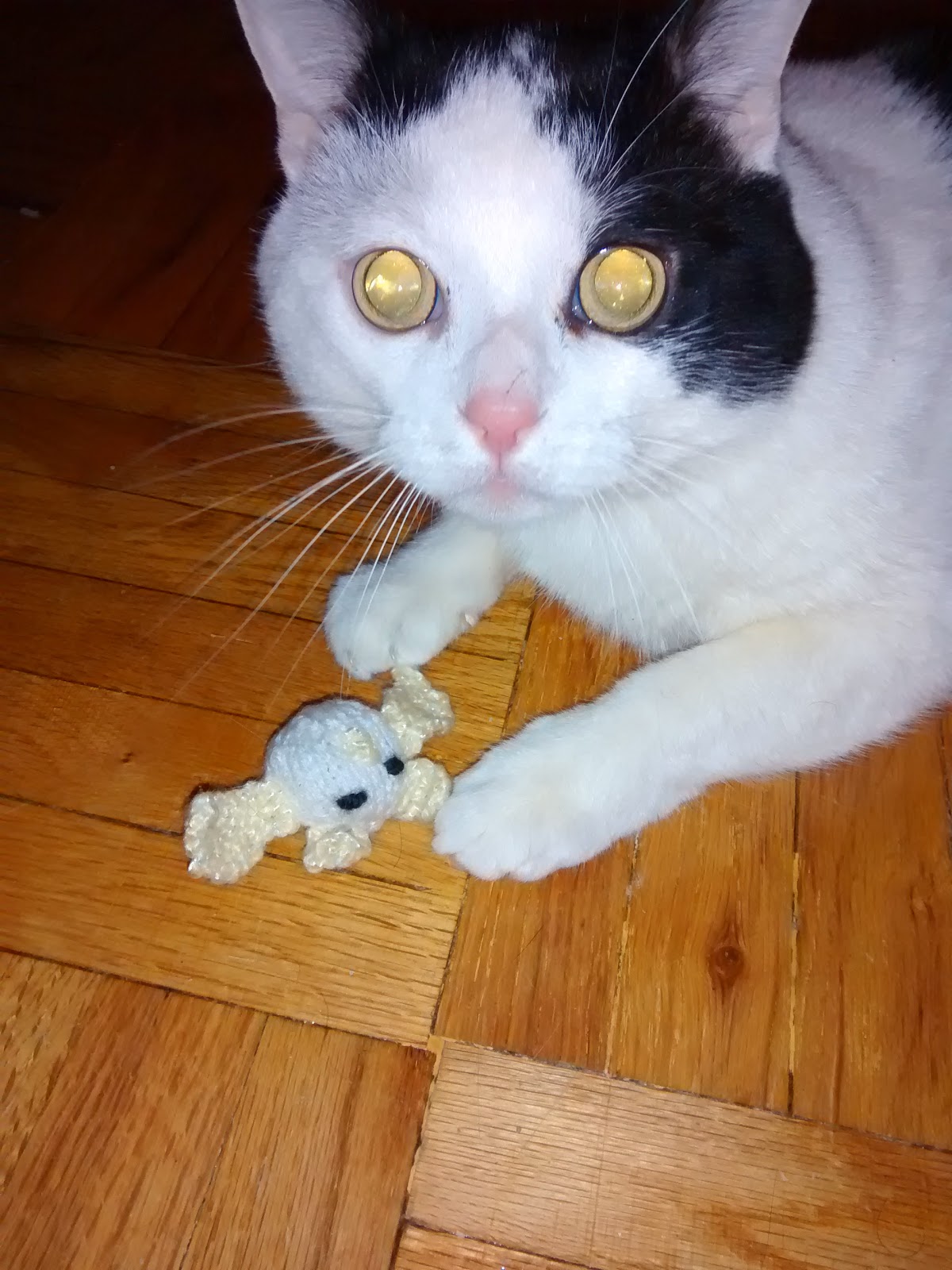 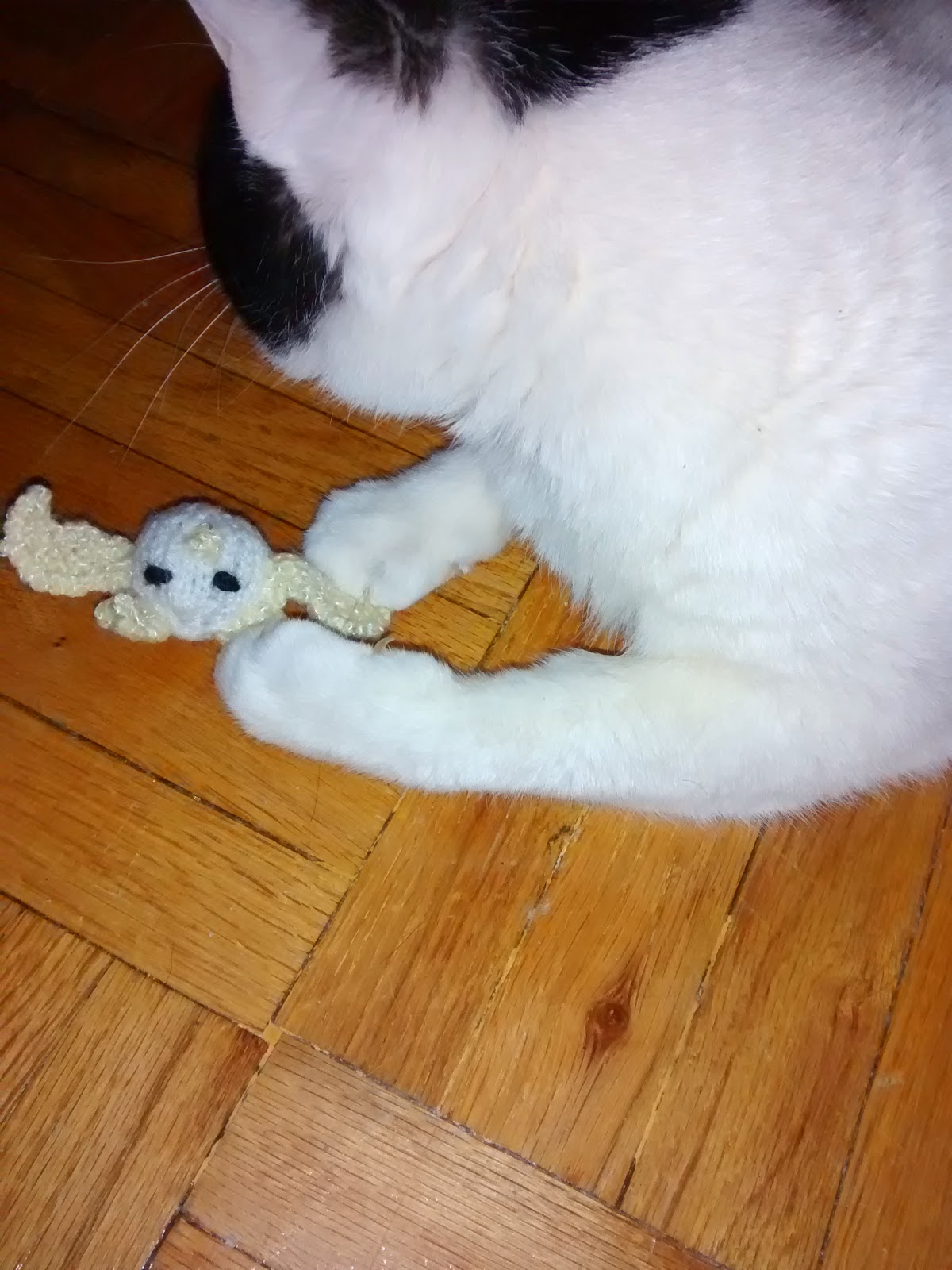 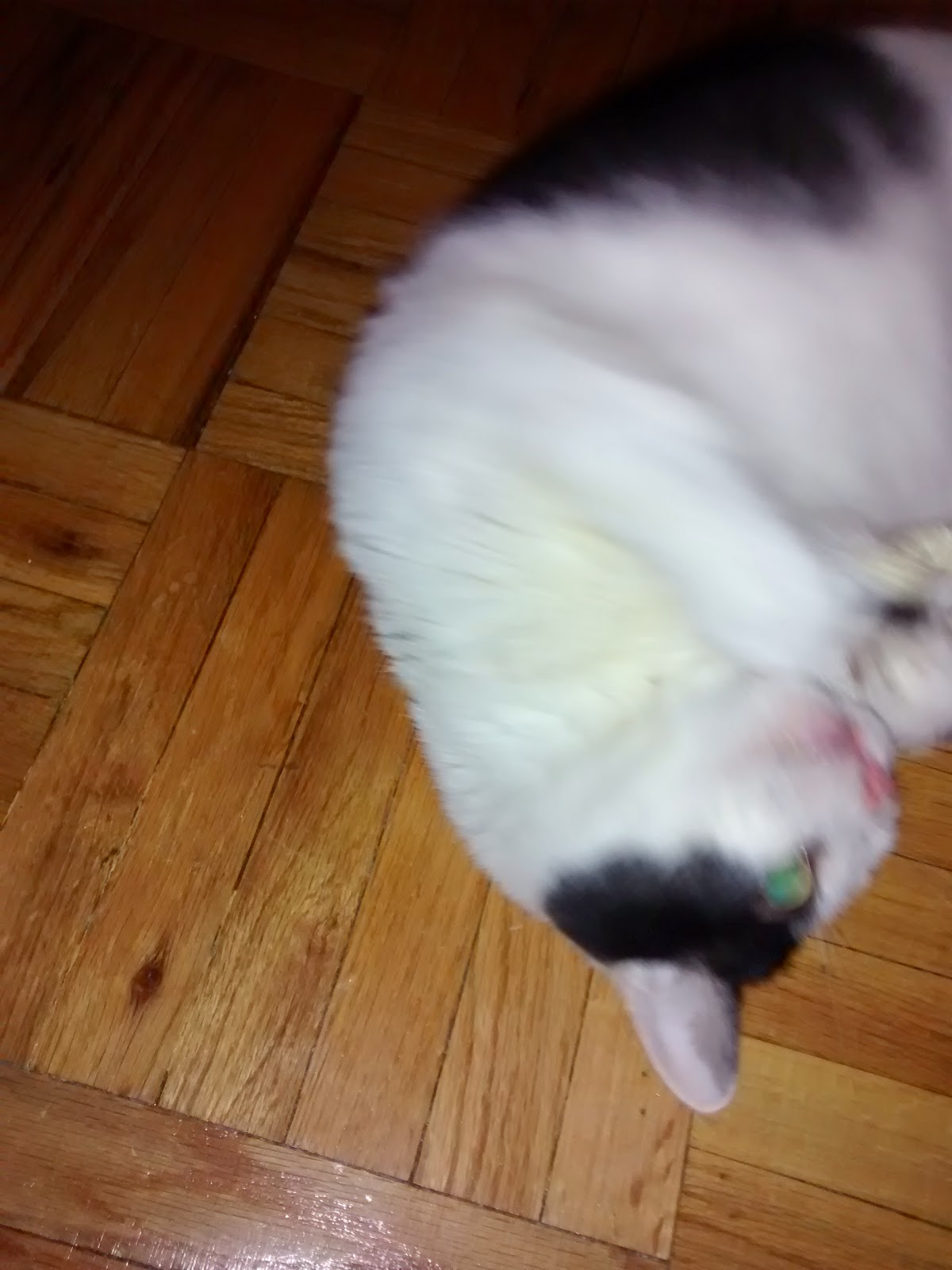 He loves it.  I may have to make and keep a few of these as back up, so I'll always have a few lying around for him (although keep the spares in the cupboard where he can't get them! I happened to come home one day after being out with N, and there was catnip bags torn apart - all over the living room.  It seems the two furballs got into the cupboard and pulled out every bit of catnip that was in there, as well as all sorts of toys.  They then ate through the ziplocks to roll around in the nip.  I felt like a parent coming home early to their teenagers throwing a party!

I hope to update a bit more, now that I'm feeling better and hopefully have more knitting coming up!
At the end of the month, I`ll post my soak instagram challenge pictures.