Using a variety of Danger Craft patterns, the lovely mods post guidelines for choosing each monster part, and by the end of the 4 weeks you have a completely new monster!

Last year I wrote down the pattern as it was released, however didn't have enough of the patterns to participate.  This year, my pattern collection has grown, and I'm ready to play!

So far the first two monster bits have been released - the arms and legs.  I prefer to wait until the body is released so I can choose the limbs accordingly, so I have yet to start this year's monster (that will start tormorrow!) - I have, however, completed a monster using last year's pattern! 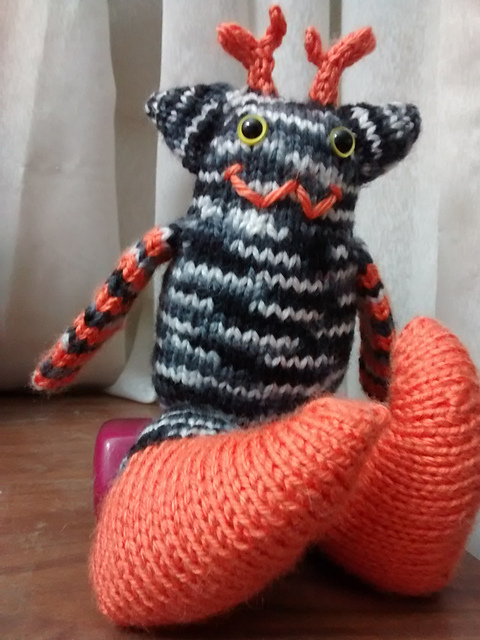 Meet Frank!
I didn't expect he'd turn out so cute, I may end up making a small army of mismatched monsters!
Once the body is revealed tomorrow, I'll start my new monster.  If you're thinking of making one for yourself, stop by the group for details.
Posted by Faela Star at 3:22 PM